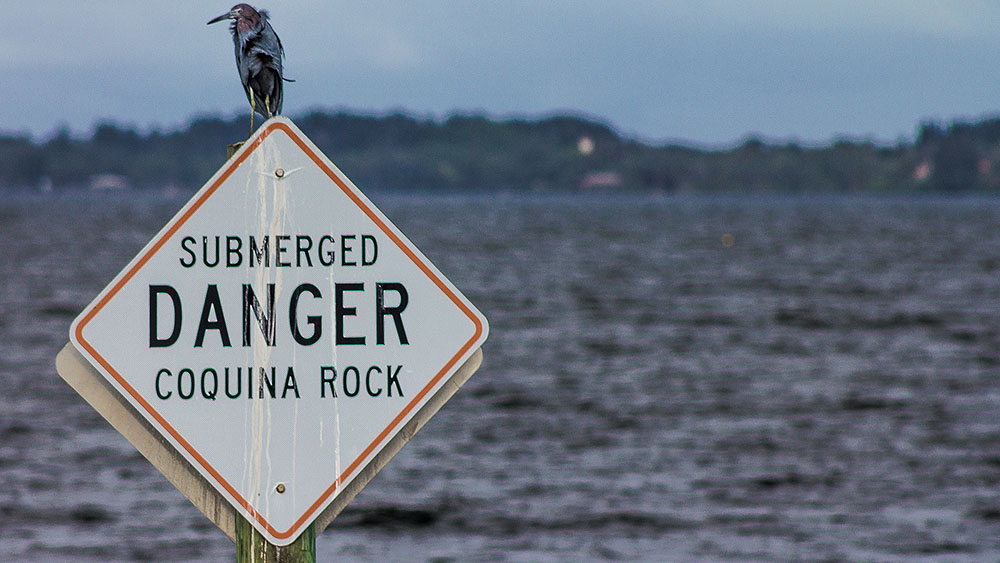 When sea creatures die, their bones and shells fall to the seafloor. Most of it is ground together by the currents until it becomes sand. As more and more of it collects in layer upon layer, the pressure turns it into rock. This is the Coquina Rock you find in Florida.

In St Augustine, the Spanish used Coquina rock to construct Castillo de San Marcos, as well as other buildings and walls.

On the Space Coast, the rock is on our beaches and our rivers. Sometimes it is submerged, and that can be dangerous.

A unique feature of this type of sedimentary rock Rock is that it is relatively soft. As a result, cannonballs would not do a lot of damage to Coquina walls. The projectile would get embedded in the walls, or bounce off leaving an indent, but not breaking the wall. You can still see many pot marked walls in St Augustine as a result of this.